The Liberal Democrats have selected Cllr Sarah Dyke as their candidate for the Somerton and Frome constituency.

Sarah lives in the constituency and is from a Somerset farming family which can be traced back over 250 years to the local area. Sarah worked in the agricultural industry and is Portfolio Holder for the Environment on South Somerset District Council where she is spearheading rewilding programmes, investment in electric vehicle charging points and the council's zero-carbon targets.

In Somerset, the head of the 'Lib Dem unit' at CCHQ has been defeated by, er, the Lib Dems https://t.co/mKiTswrQLl

The Somerton and Frome election will be a close two horse race after the Liberal Democrats finished in a clear second in the seat at the last general election and this month gained control of Somerset County Council from the Conservatives.

The impressive results during the local elections saw the Liberal Democrats win 61 council seats across Somerset, almost double the number of Conservatives seats and with Labour in a distant third with just five seats. The Liberal Democrats also won the popular vote in the Somerton and Frome constituency. 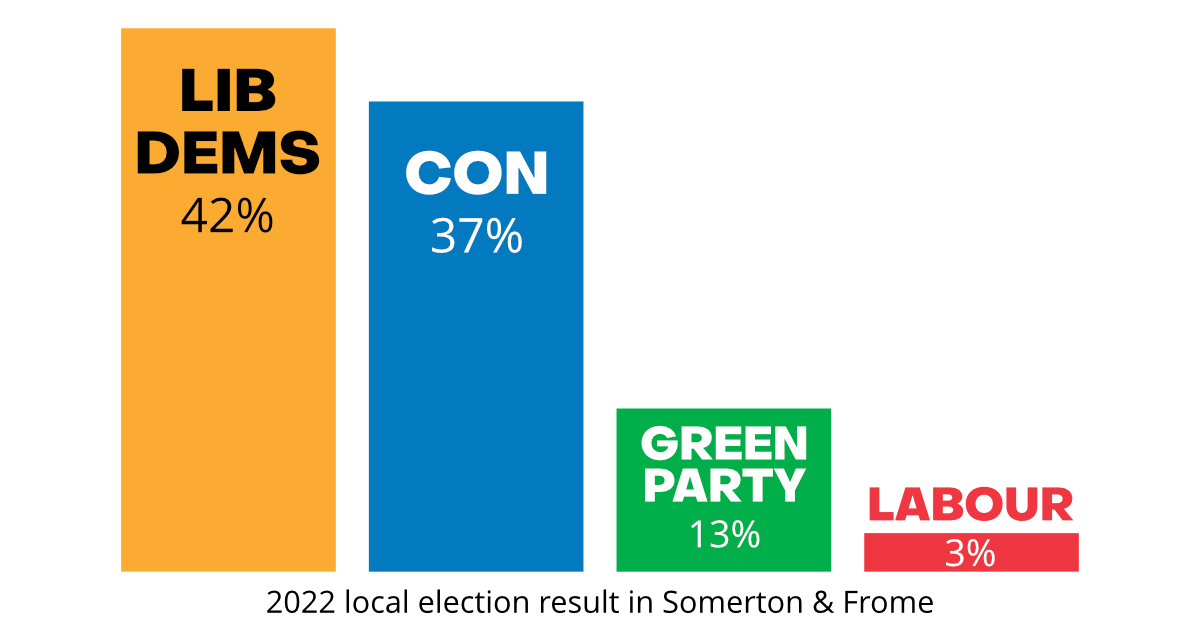 "Sarah is a passionate campaigner who is determined to fight for a fair deal for communities across Somerton and Frome, who have been badly let down by the Conservative party.

"Sarah's track record of protecting the local environment and standing up for local farmers shows she would make an excellent MP.

"I have heard loud and clear from local people that they are fed up with being taken for granted by Boris Johnson's Conservative Government. There is real anger in Somerset at a Conservative Prime Minister who is hiking taxes on hard-working families and let GP waiting times spiral out of control.

"At the next election it will be a two horse race between Boris Johnson's Conservative party and a committed local champion in Sarah Dyke."

"I am delighted to have been selected and will fight for a fair deal for communities who have been ignored for too long by Conservative politicians.

"Villages and towns across Somerton and Frome have been taken for granted by the Conservative party. Our communities suffer from dangerously long waiting times to see a GP or NHS Dentist and disgusting sewage being dumped in our rivers.

"As someone from a farming family I understand the outrage at botched trade deals and the shambles over essential payments. I will stand up for our farmers who deserve a strong voice for them in Westminster.

"Local people voted for change when the Conservatives were ousted from Somerset County Council and it will be a two horse race to win Somerton and Frome at the next election."